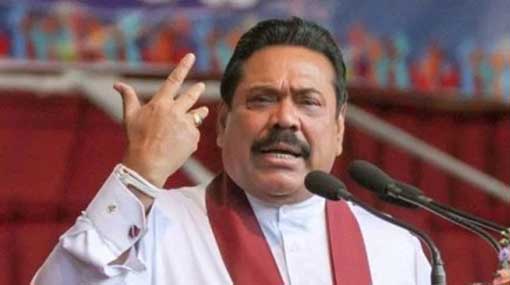 Regrettable that Buddhism is disrespected under govt.s knowledge  Mahinda

It is regrettable that programs which disrespect Buddhism are made with the knowledge of the responsible persons of the government, says former President Mahinda Rajapaksa.

He made this statement attending a religious program held in Gampaha, last evening (19).

The government should intervene to prohibit these activities, former President added.

Responsibility was taken of such actions during the time he governed and he doesn’t know whether there is such a person to hold responsibility at the present, Rajapaksa further said.