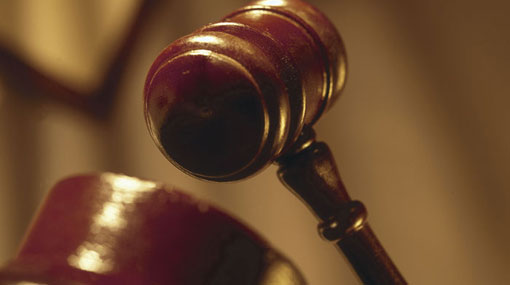 The 17 fishermen, who were arrested by the Sri Lankan Navy in October, were declared guilty of unlawful entry and fishing in Sri Lankan waters, before they returned home last month.

Their two-year imprisonment was suspended for five years and eventually they were released, the Indian government has informed the Lok Sabha.

“In case these Indian fishermen re-enter the Sri Lankan waters and get arrested by Sri Lankan Navy once again, they would have to serve the sentence awarded to them,” Indian Minister V.K. Singh stated, while replying to AIADMK MP P. Venugopal’s query.

After their arrest off Neduntheevu on October 31 this year, these fishermen were produced before the Kayts Magistrate Court on November 1 and the Consulate General of India in Jaffna had arranged for an attorney to represent these fishermen before the court.

“During the trial, the judge declared the fishermen guilty and sentenced them to two years rigorous imprisonment for their unlawful entry into Sri Lanka and fishing in Sri Lankan territorial waters. However, their sentence was suspended for five years and they were released,” the Minister stated.

Soon after their release, the High Commission of India in Colombo issued Emergency Certificates, after which these fishermen were repatriated to India by flight from Colombo to Madurai on November 15.

As for the three boats detained at Karainagar Naval Station, a claim inquiry by the Kayts Magistrate Court has been scheduled for January 25, 2019. “During the claim inquiry, the owners of these three fishing vessels have to appear in person before the court to prove that these boats did not intentionally cross over to the Sri Lankan territorial waters,” the Minister stated.

The High Commission of India in Colombo was facilitating an attorney to represent the owners of these three fishing vessels in the Court during the enquiry, he added.