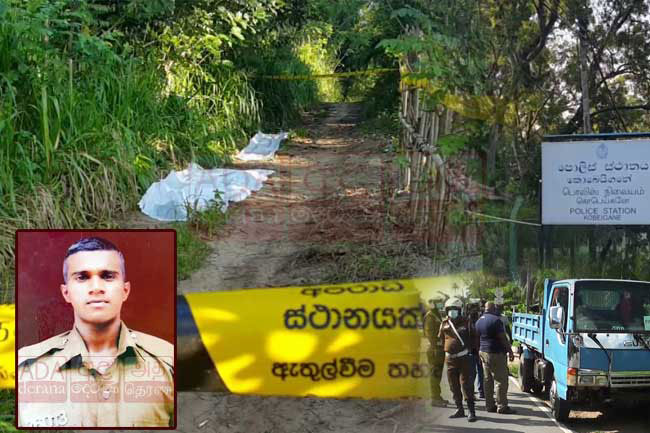 The tipper truck operator who ran over a police officer during a raid against illegal sand mining in n Kobaigane, Nikaweratiya has been arrested by the police.

The 27-year-old suspect has been arrested at around 11.30 this morning (November 29) at the Nikaweratiya area by the Inspector of Police (IP) at Nikaweratiya Police Headquarters.

Further investigations will be carried out regarding the suspect and the incident, Police Media Spokesperson DIG Ajith Rohana said.

A 32-year-old police constable attached to the Kobaigane Police Station has been killed after being run over by a tipper truck during a raid against illegal sand mining near Daduru Oya.

The incident had occurred at around 12 midnight today.

The Magistrate’s Inquest of the deceased constable will be carried out by the Nikaweratiya Magistrate’s Court before the post mortem by the Judicial Medical Officer.

The tipper truck involved in the incident has been found by the police this morning in the Kuliyapitiya area.

The arrested suspect has been identified to have had previous charges of illegal sand mining.

He will be produced before the Nikaweratiya Magistrate’s Court.

Final rites of the deceased police officer will be carried out with full honors of the police, DIG Rohana said.